Celebrating the 100th Anniversary of the American Brush Manufacturing Association

The brush industry is in a bit of an upswing right now, which means that there is only one place that it can go: higher. Whether it’s making brushes for tools or household products, the industry is certainly seeing a wave of innovation and profitability. As globalization continues to drive the market, brush manufacturers are seeing much more competition these days. Overall, the industry looks solid, with the future seeming bright.

One organization that is helping to drive this move forward is the American Brush Manufacturing Association (ABMA). Since its inception, the group has been committed to helping brush makers of all shapes and sizes succeed. In fact, this year marks the hundredth anniversary of the ABMA’s foundation, which is an incredible achievement in itself. We’ve come a long way from making brushes of animal hair and bristles, and the ABMA has been around to see such revolutions and innovations take place.

So how is the ABMA celebrating its centennial? Well, by having a massive party and convention, of course. It’s rare to see an organization stick around for so long, especially when it comes to business, but the ABMA is stronger and more respected now than ever before. To help usher in the next century of progress, the group just had a huge festival in March to both celebrate the past and ring in the future.

The event was held in none other than Orlando, Florida, where innovation and excitement fill the air. For three days industry leaders met and discussed both where they have been and where they’re going in the next few years. This year they made a merry-go-round display out of brushes, and Precision Brush's products were used in the display. Check it out: 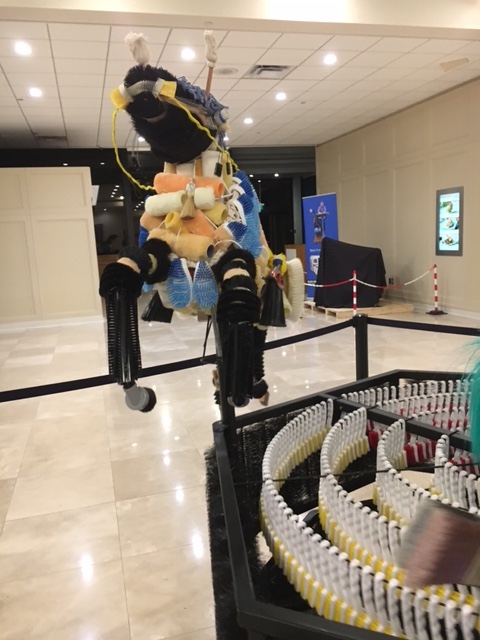 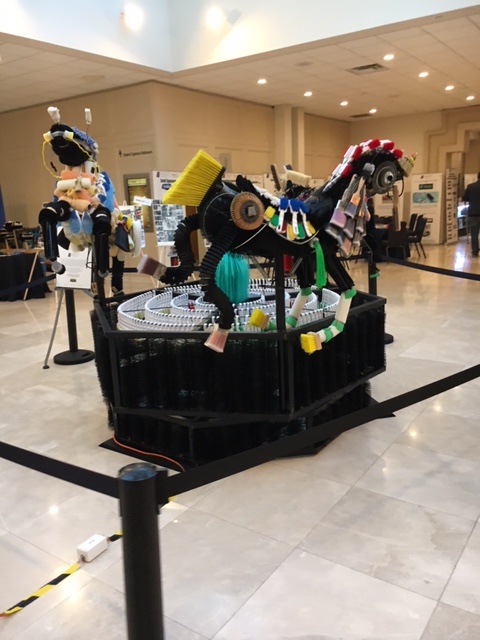 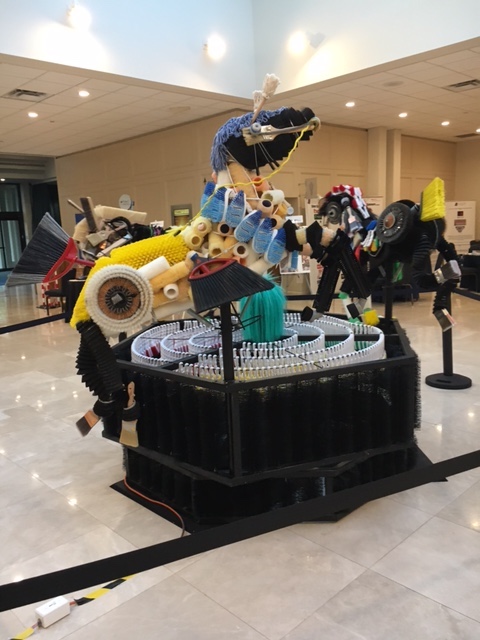 While the formal celebration already took place, we can expect the ABMA to continue the festivities all year long as they prepare themselves for new opportunities and growth. As usual, the organization is using this as an opportunity to not only raise awareness of themselves but to assist members in coming out stronger than before. As things are looking up, the ABMA wants to make sure that all brush manufacturers can experience success and longevity.

So, what can we expect for the next hundred years? Well, the future is always a bit murky, and it can be hard to postulate what can happen, but one thing is for sure, the ABMA will continue to be a force for good in the brush industry. Here’s to another century of progress, guys.

Print
Posted By Admin in General
Most Recent

Industrial Brush Manufacturing Makes Its Mark On the World of NFT Collectibles Precision Brush was the very first industrial brush manufacturer to begin accepting payment in cryptocurrencies like bitcoin, ethereum, and litecoin. Now the company is breaking molds once again and propelling the industry into the future by creating the world’s first industrial brush NFT.  The above artwork "Brush Happiness" is now for sale by auction ending May 26 2021 at midnight.   What Is an NFT? NFT stands for “non-fungible token.” Fungible essentially means replaceable or interchangeable. So, a non-fungible token is by definition irreplaceable and singularly unique. As one journalist so aptly wrote: “It’s a digital asset plus certificate of authenticity plus legal rights all rolled into one. Buying an NFT means purchasing a hacker-resistant, public proof of ownership over a specific digital asset.”   A Brief History of NFTs Cryptocurrency was the natural forerunner to NFTs. Bitcoin revolutionized money because it created a scarce digital value for the very first time. However, digital scarcity alone is not sufficient to create a functioning monetary system. Each token must be fungible - interchangeable. In other words, a recipient should not care which bitcoin they receive or where it comes from as long as it is in the correct amount.  Fungibility is a crucial characteristic to many traditional markets, including c

Choose a Brush Company That Takes the High Road

Precision Brush Makes “Doing the Right Thing” a Priority There are lots of things that go into making Precision Brush a leader in brush manufacturing as well as a great place to work. One of them is a core value we hold that we call “taking the high road.” We are changing the world one brush, one customer, one vendor, one employee at a time. Taking the high road is about “doing right” by our customers, our vendors, and each other at every turn. The old adage about treating others how you’d like to be treated comes to mind. In terms of custom brush manufacturing, this manifests in examples such as: Correcting problems promptly with respect and attentiveness Remaining open to suggestions on how we can improve Creating a work environment where employees respond kindly and proactively to challenging work situations or personalities Taking time and care to do our jobs to the best of our ability each and every day Our employees, customers, and vendors come from a variety of diverse backgrounds, but regardless of our upbringing or place on the map, we all have an internal compass that helps us know how to “just do the right thing.” And that’s the place we operate from at Precision Brush. Whether we’re on the job dealing with a challenging work order or a coworker who is having a tough time… whether we need to replace a product for a customer or navigate a delivery mishap with a vendor… we take the hi

White vs. Natural Filament What’s the Difference? Which Filament Do You Need? If your specific application requires a brush that stays clean, we recommend using a white or natural filament so you can easily see when cleaning is needed. Either of these filaments will more easily show dirt, ink, or contaminant buildup than black filament can in most cases.  Whether in a food application, a print application, or another situation where brush cleanliness is required, these brushes empower operators to easily assess the state of a given brush. White and natural filaments make it easier to detect contaminants, and they’re easier to clean as well. But what’s the difference between natural and white filament? Why might you select one over the other? Natural Filament – Not to be confused with natural animal-hair brushes, these brush filaments are typically nylon, polypropylene, or synthetic resin absent of any color. Often times, natural filaments appear white. Other times, they appear clear or transparent. Sometimes they appear to be almost yellowish. Final coloration depends on the processing and the raw material used in filament creation.  Color can vary from order to order, or sometimes even within the same order depending on the selection of raw materials available. These brushes are used much more often than white filament brushes, such as in industrial applications where a pure white is not essential. White Filament – If you specif