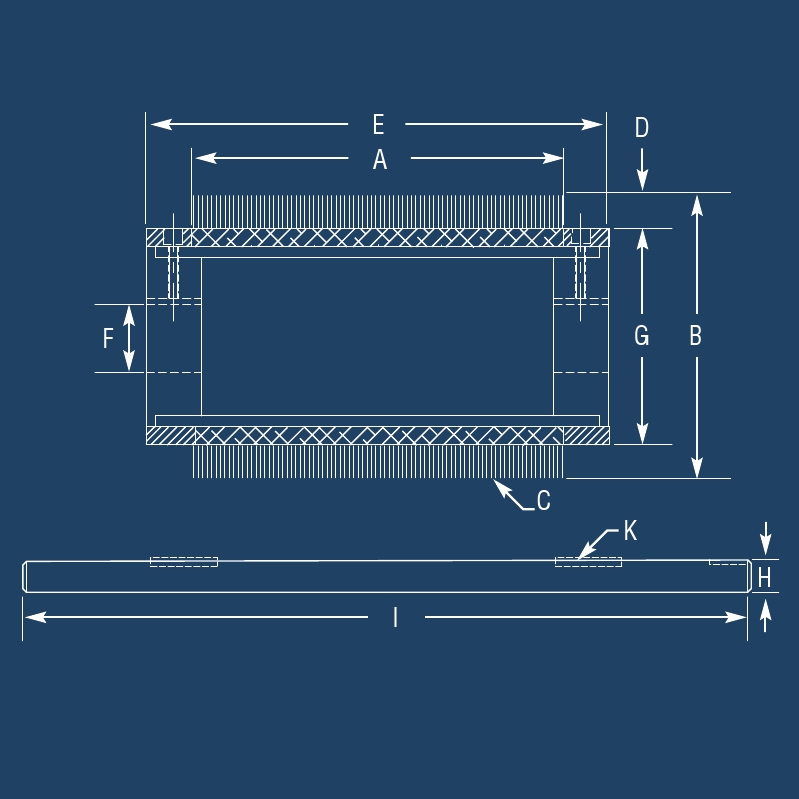 Cylinder Brush with Arbor and Core

Instead of a metal channel strip brush that is wound around a shaft, the cylinder brush with arbor and core is an epoxy wound brush, also known as a string wound brush — one that has filaments attached using strings covered in epoxy glue.

The epoxy wound brush is then cured overnight and the filaments are bonded in place.  Each filament securely extends straight out of the brush and is not mechanically held around a center wire as are metal channel brushes.

Also known as set screw arbor brushes, this core type is used for smaller brushes. The brush is mounted on a round, metal shaft with end plates and each end has a set screw to secure the brush in place on the shaft. The shaft on these brushes extends all the way through the brush.

Arbor and core brushes are typically used for lower rpm applications. You can often reuse the shafts and simply replace the epoxy wound brushes when they wear out.

Start your custom brush design now by completing the form below. If you’d like support from one of our experts, just give us a call.